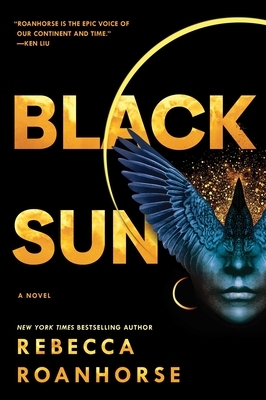 Voices of the strong powerful women in our lives. She persisted!

The Truths We Hold: An American Journey

Senator Kamala Harris’s commitment to speaking truth is informed by her upbringing. The daughter of immigrants, she was raised in an Oakland, California community that cared deeply about social justice; her parents–an esteemed economist from Jamaica and an admired cancer researcher from India–met as activists in the civil rights movement when they were graduate students at Berkeley. Growing up, Harris herself never hid her passion for justice, and when she became a prosecutor out of law school, a deputy district attorney, she quickly established herself as one of the most innovative change agents in American law enforcement. She progressed rapidly to become the elected District Attorney for San Francisco, and then the chief law enforcement officer of the state of California as a whole. Known for bringing a voice to the voiceless, she took on the big banks during the foreclosure crisis, winning a historic settlement for California’s working families. Her hallmarks were applying a holistic, data-driven approach to many of California’s thorniest issues, always eschewing stale “tough on crime” rhetoric as presenting a series of false choices. Neither “tough” nor “soft” but smart on crime became her mantra. Being smart means learning the truths that can make us better as a community, and supporting those truths with all our might. That has been the pole star that guided Harris to a transformational career as the top law enforcement official in California, and it is guiding her now as a transformational United States Senator, grappling with an array of complex issues that affect her state, our country, and the world, from health care and the new economy to immigration, national security, the opioid crisis, and accelerating inequality.

Lead from the Outside: How to Build Your Future and Make Real Change

Leadership is hard. Convincing others–and yourself–that you are capable of taking charge and achieving more requires insight and courage. Lead from the Outside is the handbook for outsiders, written with an eye toward the challenges that hinder women, people of color, the working class, members of the LGBTQ community, and millennials ready to make change. Stacey uses her hard-won insights to break down how ambition, fear, money, and failure function in leadership, and she includes practical exercises to help you realize your own ambition and hone your skills. Lead from the Outside discusses candidly what Stacey has learned over the course of her impressive career in politics, business and the nonprofit world: that differences in race, gender, and class provide vital strength, which we can employ to rise to the top and create real and lasting change.

PRAISE FOR STACEY ABRAMS
In a time when too many folks are focused simply on how to win an election, Stacey’s somebody who cares about something more important: why we should. That’s the kind of politics we should practice. That’s why I’m proud to give Stacey Abrams my support. President Barack Obama

In the holy city of Tova, the winter solstice is usually a time for celebration and renewal, but this year it coincides with a solar eclipse, a rare celestial event proscribed by the Sun Priest as an unbalancing of the world.

Crafted with unforgettable characters, Rebecca Roanhorse has created an epic adventure exploring the decadence of power amidst the weight of history and the struggle of individuals swimming against the confines of society and their broken pasts in the most original series debut of the decade.

Rin’s story continues in this acclaimed sequel to The Poppy War–an epic fantasy combining the history of twentieth-century China with a gripping world of gods and monsters.

The war is over.

The war has just begun.

Three times throughout its history, Nikan has fought for its survival in the bloody Poppy Wars. Though the third battle has just ended, shaman and warrior Rin cannot forget the atrocity she committed to save her people. Now she is on the run from her guilt, the opium addiction that holds her like a vice, and the murderous commands of the fiery Phoenix–the vengeful god who has blessed Rin with her fearsome power.

Hunted by the Sky

Exploring identity, class struggles, and high-stakes romance, Tanaz Bhathena’s Hunted by the Sky is a gripping adventure set in a world inspired by medieval India.

Gul has spent her life running. She has a star-shaped birthmark on her arm, and in the kingdom of Ambar, girls with such birthmarks have been disappearing for years. Gul’s mark is what caused her parents’ murder at the hand of King Lohar’s ruthless soldiers and forced her into hiding to protect her own life. So when a group of rebel women called the Sisters of the Golden Lotus rescue her, take her in, and train her in warrior magic, Gul wants only one thing: revenge.

The Book of Longings

In her mesmerizing fourth work of fiction, Sue Monk Kidd takes an audacious approach to history and brings her acclaimed narrative gifts to imagine the story of a young woman named Ana. Raised in a wealthy family with ties to the ruler of Galilee, she is rebellious and ambitious, with a brilliant mind and a daring spirit. She engages in furtive scholarly pursuits and writes narratives about neglected and silenced women. Ana is expected to marry an older widower, a prospect that horrifies her. An encounter with eighteen-year-old Jesus changes everything.

“An extraordinary novel . . . a triumph of insight and storytelling.” –Associated Press

An extraordinary story set in the first century about a woman who finds her voice and her destiny, from the celebrated number one New York Times bestselling author of The Secret Life of Bees and The Invention of Wings

After receiving a frantic letter from her newly-wed cousin begging for someone to save her from a mysterious doom, Noem Taboada heads to High Place, a distant house in the Mexican countryside. She’s not sure what she will find–her cousin’s husband, a handsome Englishman, is a stranger, and Noem knows little about the region.

An isolated mansion. A chillingly charismatic aristocrat. And a brave socialite drawn to expose their treacherous secrets. . . .From the author of Gods of Jade and Shadow comes “a terrifying twist on classic gothic horror” (Kirkus Reviews) set in glamorous 1950s Mexico